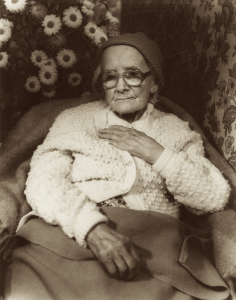 Annie said she never believed her age should stop her doing anything she really wanted to do. And Annie had a number of accomplishments that proved she lived up to her credo. One example was that at age ninety Annie became a mature model and featured in a number of national television commercials, including one in which she danced between two glamorous female models seventy years her junior.

A lover of flowers, Annie told me she had been busy all through her life and had always enjoyed whatever job she had. Working hard and enjoying her work were two big reasons, she believed, for reaching such a great age. Another was having had so many good friends. Ironically, though, Annie told me she met most of her best friends after she reached eighty. She said also that for most of her life she had to put up with a sensitive stomach — until she got to ninety; at that point the problem disappeared and never came back! What a delightful, positive lady.